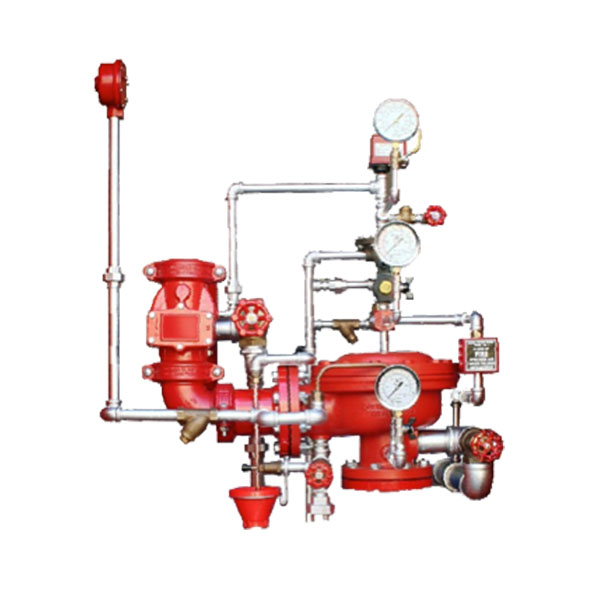 The operation of double interlock systems is similar to deluge systems except that automatic sprinklers are used. These systems require that both a “preceding” fire detection event, typically the activation of a heat or smoke detector, and an automatic sprinkler operation take place prior to the “action” of water introduction into the system’s piping. Activation of either the fire detectors alone, or sprinklers alone, without the concurrent operation of the other, will not allow water to enter the piping